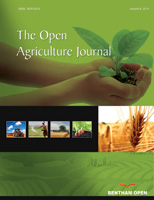 Maize lethal necrosis (MLN) disease continues to reduce the productivity of maize drastically threatening food security in the affected regions. It continues to cause yield loss of 30–100 percent in farmers’ fields, depending on the time of infestation which is valued at $198 million in Kenya. This has not only threatened regional trade, but also seed industry. It has been reported in the major maize belts of Uasin Gishu, Trans-Nzoia, Bomet, Narok and Nandi Counties. MLN is caused by the synergistic interaction between Sugarcane Mosaic Virus (SCMV) and Maize Chlorotic Mottle Virus (MCMV). The disease has then spread to other Eastern and Central African countries with devastating food security and economic consequences.

This study highlights result after screening selected maize inbred lines for resistance to MLN, SCMV and MCMV in identifying promising lines for integration into the breeding program for MLN resistance.

From the result, the inbred lines had significant differences for SCMV, MCMV and MLN reactions. Based on Area Under Disease Progress Curve (AUDPC) score and ELISA analysis, genotypes MLN001 and MLN006 have the lowest score of 270, whereas OH28 had a maximum at 1259 under MCMV. Genotypes MLN042 and MLN041 were identified as the most promising sources of resistant against SCMV. However, no genotype was identified to have acceptable levels of tolerance to MLN, but MLN001 and MLN013 were identified as the best performers under MLN. This study also validated the presence of MLN tolerance in MLN013 (CKDHL120312) and MLN001 (CKDHL120918) as earlier reported by CIMMYT. These tolerant genotypes are now serving as donors in the introgression of the tolerance into the Kenyan adapted maize backgrounds and development of improved MLN tolerant varieties. This will go a long way in restoring and ensuring sustainable maize productivity in improving the livelihoods of the smallholder farmers who form 75% of the major maize producers in Kenya.

The identified inbred lines would be recommended for use in varietal development, MLN management and to enhance maize productivity, in the MLN endemic regions and further research in understanding the mode of gene action for MLN tolerance.