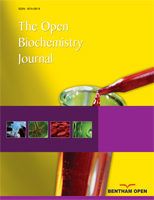 Alpha (α)-particle emitters are probable isotopes to be used in a terrorist attack. The development of biological assessment tools to identify those who have handled these difficult to detect materials would be an asset to our current forensic capacity. In this study, for the purposes of biomarker discovery, human keratinocytes were exposed to α-particle and X-radiation (0.98 Gy/h at 0, 0.5, 1.0, 1.5 Gy) and assessed for differential gene and protein expression using microarray and Bio-Plex technology, respectively. Secretomic analysis of supernatants showed expression of two pro-inflammatory cytokines (IL-13 and PDGF-bb) to be exclusively affected in α-particle exposed cells. The highest dose of α-particle radiation modulated a total of 67 transcripts (fold change>|1.5|, (False discovery rate) FDR<0.05) in exposed cells. Several genes which responded with high expression levels (>2 fold) included KIF20A, NEFM, C7orf10, HIST1H2BD, BMP6, and HIST1H2AC. Among the high expressing genes, five (CCNB2, BUB1, NEK2, CDC20, AURKA) were also differentially expressed at the medium (1.0 Gy) dose however, these genes were unmodulated following exposure to X-irradiation. Networks of these genes clustered around tumor protein-53 and transforming growth factor-beta signaling. This study has identified some potential gene /protein responses and networks that may be validated further to confirm their specificity and potential to be signature biomarkers of α-particle exposure.