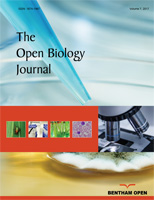 Several lines of research have concluded lipid membranes to efficiently induce the formation of amyloid-type fibers by a number of proteins. In brief, membranes, particularly when containing acidic, negatively charged lipids, concentrate cationic peptides/proteins onto their surfaces, into a local low pH milieu. The latter together with the anisotropic low dielectricity environment of the lipid membrane further forces polypeptides to align and adjust their conformation so as to enable a proper arrangement of the side chains according to their physicochemical characteristics, creating a hydrophobic surface contacting the lipid hydrocarbon region. Concomitantly, the low dielectricity also forces the polypeptides to maximize intramolecular hydrogen bonding by folding into amphipathic 􀀁-helices, which further aggregate, the latter adding cooperativity to the kinetics of membrane association. After the above, fast first events, several slower, cooperative conformational transitions of the oligomeric polypeptide chains take place in the membrane surface. Relaxation to the free energy minimum involves a complex free energy landscape of the above system comprised of a soft membrane interacting with, and accommodating peptide polymers. The overall free energy landscape thus involves a region of polypeptide aggregation associated with folding: polypeptide physicochemical properties and available conformation/oligomerization state spaces as determined by the amino acid sequence. In this respect, of major interest are those natively disordered proteins interacting with lipids, which in the absence of a ligand have no inherent structure and may adapt different functional states. Key sequence features for lipid and membrane interactions from the point of view of amyloid formation are i) conformational ambiguity, ii) adoption of amphipathic structures, iii) ion binding, and iv) propensity for aggregation and amyloid fibrillation.

The pathways and states of the polypeptide conformational transitions further depend on the lipid composition, which thus couples the inherent properties of lipid membranes to the inherent properties of proteins. In other words, different lipids and their mixtures generate a very complex and rich scale of environments, involving also a number of cooperative transitions, sensitive to exogenous factors (temperature, ions, pH, small molecules), with small scale molecular properties and interactions translating into large scale 2- and 3-D organization. These lipid surface properties and topologies determine and couple to the transitions of the added polypeptide, the latter now undergoing oligomerization, with a sequence of specific and cooperative conformational changes.

The above aggregation/folding pathways and transient intermediates of the polypeptide oligomers appear to have distinct biological functions. The latter involve i) the control of enzyme catalytic activity, ii) cell defence (e.g. antimicrobial and cancer killing peptides/proteins, as well as possibly also iii) control of cell shape and membrane traffic. On the other hand, these processes are also associated with the onset of major sporadic diseases, all involving protein misfolding, aggregation and amyloid formation, such as in Alzheimer’s and Parkinson’s diseases, prion disease, and type 2 diabetes. Exemplified by the latter, in an acidic phospholipid containing membrane human islet associated polypeptide (IAPP or amylin, secreted by pancreatic β-cells) efficiently transforms into amyloid β-sheet fibrils, the latter property being associated with established sequence features of IAPP, involved in aggregation and amyloid formation. IAPP sequence also harbors anion binding sites, such as those involving cationic side chains and N-terminal NH-groups of the α-helix. The association with acidic lipids neutralizes ‘gatekeeping’ cationic residues, abrogating electrostatic peptide-peptide repulsion. The subsequent aggregation of the α-helices involves further oligomerization and a sequence of slow transitions, driven by hydrogen bonding, and ending up as amyloid β-sheet fibrils. Importantly, the above processing of IAPP in its folding/aggregation free energy landscape under the influence of a lipid membrane involves also transient cytotoxic intermediates, which permeabilize membranes, allowing influx of Ca2+ and triggering of cell death, this process resulting in the loss of β-cells, seen in type 2 diabetes. Similar chains of events are believed to underlie the loss of tissue function in the other disorders mentioned above.