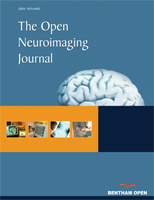 A Diffusion Tensor Imaging Study on the Auditory System and Tinnitus

Tinnitus is an auditory percept in the absence of an external sound source. Mechanisms in the central nervous system are believed to be key in the pathophysiology of tinnitus. Diffusion tensor imaging (DTI) is an MR imaging technique that allows in vivo exploration of white matter tissue in the human brain. Using a probabilistic DTI approach, we determined the characteristics of fiber tracts from the inferior colliculus to the medial geniculate body up to the primary auditory cortex. We also investigated the connections between the auditory system and the amygdala, which may be involved in some forms of tinnitus. White matter tracts were characterized by three quantities: the mean fractional anisotropy, the weighted mean fractional anisotropy and the path strength. All these quantities are measures of the patency of white matter tracts. The most important finding is an increased patency of the white matter tracts between the auditory cortex and the amygdala in tinnitus patients as compared to healthy controls.