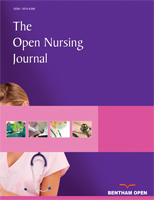 Informal Caregivers of People with Dementia: Problems, Needs and Support in the Initial Stage and in Subsequent Stages of Dementia: A Questionnaire Survey

Methods: The data were collected within the framework of the Dutch National Dementia Program, which was instigated in 2005 by the Dutch Ministry of Health, Welfare and Sport to improve integrated care for people with dementia and their informal caregivers. This paper is based on data of a questionnaire survey among 1494 informal caregivers, collected between September 2007 and December 2008.

Conclusions: Since informal caregivers indicate a need for additional professional support in all stages of dementia, professional support should be provided during the entire illness process. Informal caregivers need advice on how to cope with symptoms of dementia, how to deal with behavior problems and receive more information about (early and advanced stages of) dementia and the supply of support.

open-access license: This is an open access article distributed under the terms of the Creative Commons Attribution License (http://creativecommons.org/licenses/by-nc/3.0/), which permits unrestrictive use, distribution, and reproduction in any medium, provided the original work is properly cited.