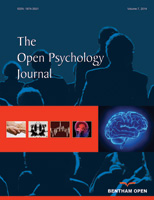 Violence, including psychological violence, sometimes negatively characterizes cross-cultural relations in western societies, especially in those countries that have become the destination of substantial immigration flows in the last few decades and where the relationship with diversity affects many significant aspects of people's lives. In these cases violence, which can also be labeled as racism, is the outcome of specific cognitive and emotional processes. Among these processes perceived threat, fear, hate, and resentment play a major role, though other cognitive and emotional factors, such as ignorance, envy, and jealousy are also important. As to threat, a distinction is made between “justified”, ”partly justified“ and “unjustified” threat, and the relation between perceived threat and knowledge (and lack thereof) is also considered. Since the concept of threat and the concept of fear are interdependent, specific fears are especially described, mainly fear for one's safety, fear for one's welfare, and fear to lose one's identity. Perceived threat is also considered in its interconnections, especially as far as the relationship between the individual level and the macro-level (historical, juridical, economic, political, socio-cultural) is concerned. These theoretical considerations are supported by the analysis of some qualitative data which are drawn from two research studies we conducted on youths aged 9-18 with the use of interviews and of anonymous open-ended essays. A few suggestions for educational interventions aiming to prevent, reduce, or eliminate violence in cross-cultural relations are presented.