Fig. (2) Schematic biogenesis of MiRNA and its mechanism of action. Typical miRNA biogenesis pathway in a cell. miRNAs are transcribed by RNA polymerase II resulting in pri-miRNA transcripts. miRNAs are processed by microprocessor by a microprocessor complex including Drosha and DGCR8 having pre-miRNA which are exported from the cell nucleus via Exportin 5. Pre-miRNAs are processed by Dicer, the mature miRNA is loaded in the RISC complex. Mature miRNAs bind the 3’UTRs of target mRNAs and localized to bodies target mRNAs are deadenylated and degraded via CAF1and PABP or translationally repressed. RISC = ribonucleotide silencing complex Pol II = polymerase II [6]. 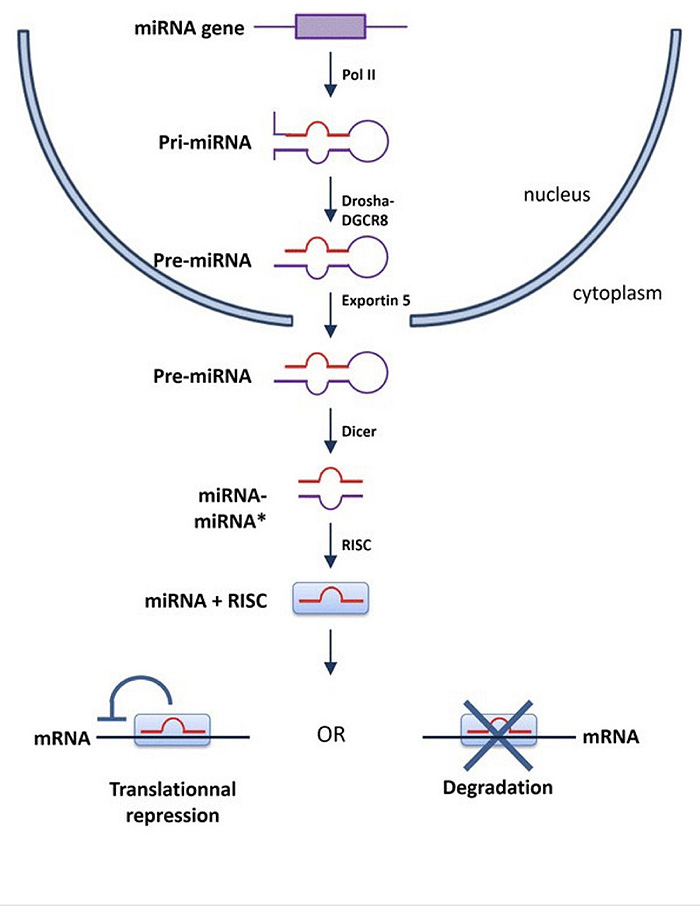