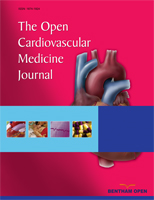 Insights Into the Development and Treatment of Cardiovascular Disease: A Role for Animal Models

Grossman explores the use of the renal hypertension-Goldblatt kidney and uraemic cardiomyopathy animal models to look at the relationship between cardiovascular disease and renal pathophysiology [8Grossman R. Experimental models of renal disease and the cardiovascular system Open Cardiovasc Med J 2010; 4: 257-64.].

In addition, several other models have been developed for the study of vascular disease. This Editorial briefly addresses some of them.

In general, animal stroke models are able to reproduce important pathophysiological events relevant to the human situation and help in the development of novel treatment regimes.

These models provide insight into the pathophysiology and management of PAD. Application of these preliminary results in humans holds implications for a different therapeutic approach to this disease in the future.

The disruption of the nitric oxide (NO)/ cyclic guanosine monophosphate (cGMP) pathway seems to be a unifying factor in many of these conditions, resulting in a reduction in NO bioavailability and impaired corpus cavernosal smooth muscle relaxation, a cardinal component of the erectile process. The preservation of cGMP and the subsequent increase in smooth muscle relaxation, following treatment with phosphodiesterase type-5 (PDE5) inhibitors, represent an effective mode of treating diabetic ED [60Supuran CT, Mastrolorenzo A, Barbaro G, Scozzafava A. Phosphodiesterase 5 inhibitors-drug design and differentiation based on selectivity, pharmacokinetic and efficacy profiles Curr Pharm Des 2006; 12: 3459-65.]. One such drug, DA-8159 was found to ameliorate the development of ED in diabetic rats [61Ahn GJ, Sohn YS, Kang KK, et al. The effect of PDE5 inhibition on the erectile function in Streptozotocin-induced diabetic rats Int J Impot Res 2005; 17: 134-41., 62Ahn GJ, Yu JY, Choi SM, et al. Chronic administration of phosphodiesterase 5 inhibitor improves erectile and endothelial function in a rat model of diabetes Int J Androl 2005; 28: 260-6.].

Evidence based analysis of the role of smoking in the development of ED, suggests that they are linked [74MacVary KT, Carrier S, Wessells H. Smoking and erectile dysfunction:evidence based analysis J Urol 2001; 166: 1624-32.]. This is supported by a recent study using mice; animals that received short-term exposure to secondhand smoke were found to develop ED due to an increase in OS, which was improved by PDE5 inhibition [75Bivalaacqua TJ, Sussan TE, Gebska MA, et al. Sildenafil inhibits superoxide formation and prevents endothelial dysfunction in a mouse model of secondhand smoke induced erectile dysfunction J Urol 2009; 181: 899-906.].

It is clear that animal models play a pivotal role in the study of the pathophysiology of cardiovascular disease. The development of new models in the future will undoubtedly increase our understanding of the cellular/ molecular events involved in disease progression and aid the development of novel treatment strategies.