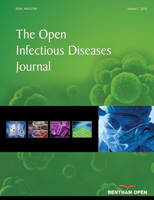 Chronic Granulomatous Disease (CGD) is a rare immunodeficiency disease described as a lack of destruction of bacteria and fungi phagocytes by neutrophils and macrophages, it is related to an abnormality of NADPH oxidase, a free radical producer of oxygen. The most common aspect of CGD at the age of one year, is an infection of the skin or bone by two bacteria called staphylococcus aureus and serratia marcescens. In this article, the authors report a case of CGD revealed by multiple cystic and pseudo-tumoral liver lesions discovered during prolonged fever.

Chronic Granulomatous Disease (CGD) is a rare immunodeficiency disease, secondary to a defect in the oxidative metabolism of phagocytes. The particularity of this article is to report a rare case of immune deficiency, revealed by an unusual radiological aspect. We report a case of CGD that is revealed by multiple cystic and pseudo-tumoral liver lesions.

The case was 2-year and 2-month-old female child, who had consanguineous parents, and having a history of repeated respiratory infections. She was admitted to our department for prolonged fever with deterioration of the general state, and in whom, the clinical examination found a failure to thrive (weight; 10kg (<-3SD) and height 78cm (<-3SD)), with nodular hepatomegaly at abdominal palpation. 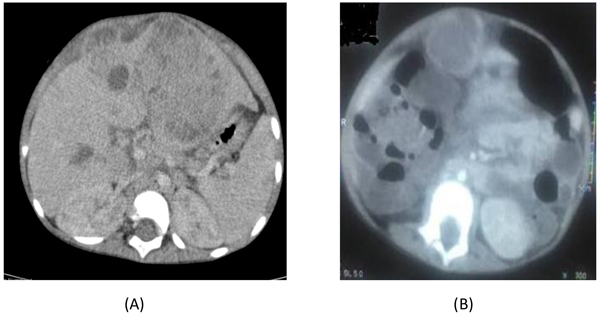 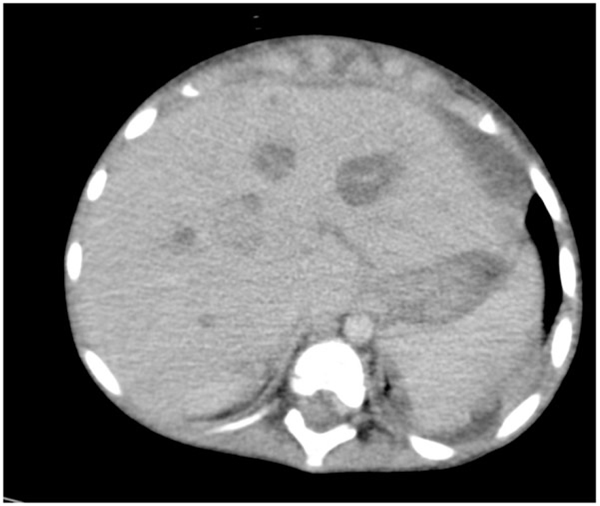 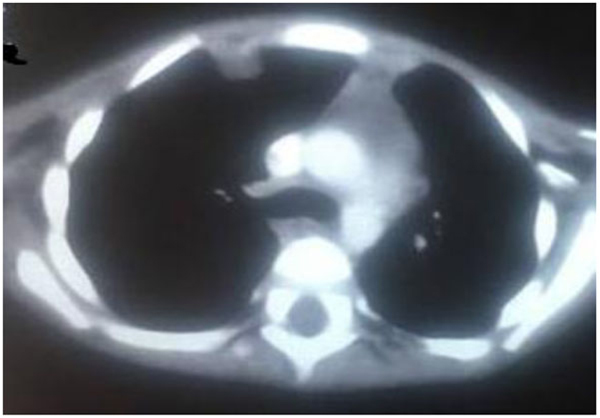 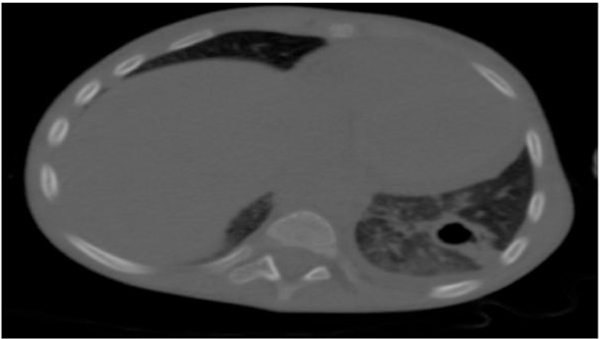 
The dosage of alpha-fetoprotein was normal. A percutaneous liver biopsy was done but it was inconclusive which led to a surgical biopsy. The histopathological study showed a liver abscess without signs of malignancy and no isolate was identified. The patient was treated with tri-antibiotic therapy (Ceftriaxone + Gentamicin + Metronidazole). The lesion evolved toward the constitution of an abscess in front of the operative wound which was drained and the bacteriological study of the pus isolated Serratia marcescens.

Faced the hepatic abscess and the isolated bacteria, the diagnosis of immunodeficiency was suggested. An HIV serology was performed which was negative, the dosage of immunoglobulin and lymphocyte was normal. The exploration of oxidative burst of PNN (Neutrophil polynuclear) has shown a lack of response from the PNN (Dihydrorhodamine test).

The diagnosis of chronic septic granulomatous disease was retained and the patient was made to experience under anti-microproteinase basically trimethoprim-sulfamethoxazole with a good progress.

Children with CGD should receive anti-aspergilla and antibacterial chemoprophylaxis with trimethoprim-sulfamethoxazole (TMP-SMX), which is the most commonly used antibiotic because it has a good spectrum of activity on microorganisms faced in the CGD.TMP-SMX is lipophilic (therefore concentrated in the cell) and well tolerated, since it does not affect the intestinal flora [6Stasia MJ, Cathebras P, Lutz MF, Durieu I. Chronic-granulomatous disease. Rev Med Interne 2009; 30(3): 221-32.
[http://dx.doi.org/10.1016/j.revmed.2008.05.023] [PMID: 18640747] ]. Thanks to the natural evolution (reduction of infectious episodes with age) and therapeutic progress, especially of anti-infectious prophylaxis, patients diagnosed in childhood reach adulthood and can lead normal personal and professional life [8Liese J, Kloos S, Jendrossek V, et al. Long-term follow-up and outcome of 39 patients with chronic granulomatous disease. J Pediatr 2000; 137(5): 687-93.
[http://dx.doi.org/10.1067/mpd.2000.109112] [PMID: 11060536] ].

Bone marrow allograft, the only curative treatment for CGD, is only possible when there is a compatible HLA donor. Gene therapy using a vector (retrovirus or adenovirus) is a potential future treatment [9Thrasher A, Chetty M, Casimir C, Segal AW. Restoration of superoxide generation to a chronic granulomatous disease-derived B-cell line by retrovirus mediated gene transfer. Blood 1992; 80(5): 1125-9.
[PMID: 1325210] ] as had been shown in the treatment of severe combined immunodeficiency [10Cavazzana-Calvo M, Fischer A. Gene therapy for severe combined immunodeficiency: Are we there yet? J Clin Invest 2007; 117(6): 1456-65.
[http://dx.doi.org/10.1172/JCI30953] [PMID: 17549248] ].

The CGD is a rare primary immunodeficiency, the evolution of which under antibioprophylaxis is generally favorable; it should be suggested before any deep abscess in child and before any infection with unusual germs such as Burkholderia cepacia, Serratia marcescens, aspergillus and Nocardia.

No animals/humans were used for studies that are the basis of this report.

A written informed consent was obtained from the parents.