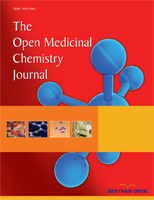 Synthesis of Medicinally Important Quinazolines and Their Derivatives: A Review

The study of biodynamic heterosystems has proved to be the most attractive and useful for the development of potential drugs with superior properties and works effectively for the treatment of a variety of diseases, including pandemic ones. Out of the thousand biodynamic heterosystems, the quinazoline heterosystem is one that exhibits wide-ranging biological and pharmacological properties. Synthesis of potential medicinal material is comparatively challenging and needed enough time for clinical trials, testing, permissions for concerned authorities, production and supply. Therefore, researchers usually focused on novel methods incorporated with a high yield of previously approved chemical compounds. This present review article has focused on the synthesis of medicinally important quinazolines and their derivatives, which produce reaction products in less time with high yields, including more attention with eco-friendly green synthesis approaches incorporating multicomponent reactions (MCR), ionic liquids and microwave irradiations.

Human society in the present time experiences a variety of problems related to health, and few of them are in the category of a pandemic. Pandemic problems generally arise in a very short period of time and cause an unexpected adverse effect on human development. At this stage, researcher/chemist provides instant solutions. Researchers mainly adopt two approaches: either synthesis of potential medicinal material against said deceases or production of existing chemical material by adopting new methods, which replace time-consuming complex existing methods to avoid the shortage and make available. Synthesis of potential medicinal material is comparatively challenging and requires enough time for clinical trials, testing, permissions for concerned authorities, production and supply. Therefore, researchers usually focused on other synthetic methods of previously approved chemical compounds. For more than a century, in the first stage, chemists mainly found solutions to targeted chemicals in heterocyclic compounds. In this sequence, the synthesis of heterocyclic compounds has more concerns with heterocyclic chemistry along with pharmaceutical/medicinal chemistry. The formulation of biodynamic heterosystems by fusion has been verified to be a very smart and convenient way for scheming novel molecular structure of prospective medicinal material with variable pharmacological activities [1Khan, R.H.; Rastogi, R.C. Condensed heterocycles: synthesis and antifungal activity of. pi. deficientpyrimidines linked with.pi. richheterocycles. J. Agric. Food Chem., 1991, 39, 2300-2303.
[http://dx.doi.org/10.1021/jf00012a042] -28aSharma, P.K. Andleeb, A.; Kumar, M. A Review: medicinally important nitrogen sulphur containing heterocycles. Open Med. Chem. J., 2020, 14, 49-64.
[http://dx.doi.org/10.2174/1874104502014010049] bSharma, P.K. Andleeb, A.; Kumar, M. Synthetic methods of medicinally important heterocycles-thiazine: A Review. Open Med. Chem. J., 2020, 14, 71-82.
[http://dx.doi.org/10.2174/1874104502014010071] ]. Heterocyclic compounds synthesis with fused hetero-systems includes, in many cases, a multistep synthetic approach, which needs a great number of synthetic procedures together with extraction and purification of every single step. Synthetic methodologies with multistep, consequently, headed to the synthetic ineffectiveness along with the production of huge amounts of waste. Hence, in view of chemistry with a sustainable approach [29Anastas, P.; Eghbali, N. Green chemistry: principles and practice. Chem. Soc. Rev., 2010, 39(1), 301-312.
[http://dx.doi.org/10.1039/B918763B] [PMID: 20023854] ], the development of new synthetic ways which provides selective admittance to clarified scaffolds combined with a molecular variety [30Nielsen, T.E.; Schreiber, S.L. Towards the optimal screening collection: a synthesis strategy. Angew. Chem. Int. Ed., 2008, 47(1), 48-56.
[http://dx.doi.org/10.1002/anie.200703073] [PMID: 18080276] ] and compatibility with the environment [31Coquerel, Y.; Boddaert, T.; Presset, M.; Mailhol, D.; Rodriguez, J. Ideas in Chemistry and Molecular Sciences: Advances in Synthetic ChemistryPignataro, B. 2010, 9, 187.] has always been a countless competition for chemical and medicinal research.

Due to their in-operation effortlessness and capability to produce only one product from more than two components in a single synthetic process, multiple bond-forming efficiencies, and high atom economy [32Trost, B.M. On inventing reactions for atom economy. Acc. Chem. Res., 2002, 35(9), 695-705.
[http://dx.doi.org/10.1021/ar010068z] [PMID: 12234199] ], multicomponent reactions (MCRs) have arisen as the most effective synthetic approach [33Wender, P.A.; Verma, V.A.; Paxton, T.J.; Pillow, T.H. Function-oriented synthesis, step economy, and drug design. Acc. Chem. Res., 2008, 41(1), 40-49.
[http://dx.doi.org/10.1021/ar700155p] [PMID: 18159936] ]. In recent times, multicomponent reactions (MCRs) have been involved in medicinal-pharmaceutical research and appeared as synthetically most important reactions for the preparation of heterocyclic compounds, which can be used as potential drugs. The MCRs, including Biginelli, Hantzsch and Ugi condensation reactions, as well as a number of newly discovered MCRs, have been used for the synthesis of heterocycles(fused) with the introduction of structural diversity and molecular diversity.

In recent years, the use of ionic liquids (ILs) either as solvents or catalysts has shown significant changes in the results of many organic transformations. Ionic liquids (ILs) have shown superiority as solvents with many advantages over traditionally used organic solvents in synthetic organic reactions. It has been reported that the structure of the ionic liquid has an intense effect on the solubility, reactivity and other possible reaction variables. With a sensible grouping of cations and anions, it is promising to adjust the solvent behavior in order to modify the most suitable ionic liquid (IL) for synthetic applications. It has been observed that by the practice of ionic liquids (ILs), the yield of the final product can be optimized only with the minor change of the ions: anions or cations. Moreover, the combination of functional groups can improve their function by increasing most probably stability, suitability and reusability of ILs as compared to the non-functionalized equivalents [36Wasserscheid, P.; Sesing, M.; Korth, W. Hydrogen sulfate and tetra kis (hydrogen sulfato) borate ionic liquids: synthesis and catalytic application in highly Brønsted-acidic systems for Friedel–Crafts alkylation. Green Chem., 4, 134 (2002). Green Chem., 2002, 4, 134-138.
[http://dx.doi.org/10.1039/b109845b] ].

Brønsted acidic ionic liquids-ILs (combine the advantages of solid acids and mineral acids) have been used as catalysts in many synthetic transformations (acid-catalyzed) and produced significant interest [37Zhao, D.B.; Wu, M.; Kou, Y.; Min, E.Z. Ionic liquids: applications in catalysis. Catal. Today, 2002, 74, 157-189.
[http://dx.doi.org/10.1016/S0920-5861(01)00541-7] ]. Bronsted acidic ionic liquids (ILs) and their homogeneous system can be readily separated from the reaction products along with miscible water. Thus, ILs can be used in both homogeneous and heterogeneous catalysis. Functionalized ionic liquids can be readily synthesized so that the ILs have advantages over already exiting conventional catalysts. Important ionic liquids (ILs) can be treated as effective catalysts and can be recovered without any appreciable loss in catalytic activity.

2,4-Disubstituted1,2-dihydroquinazolines were also synthesized by multicomponent reaction (MCR) of aromatic aldehydes and 2-aminobenzophenone under M.W. conditions using urea as a source of ammonia. In this reaction, the corresponding quinazoline is also obtained as a minor product (Scheme-11) [86Rupam, S.; Dipak, P. Microwave-promoted efficient synthesis of dihydroquinazolines. Green Chem., 2011, 13, 718-722.
[http://dx.doi.org/10.1039/c0gc00838a] ].

Quinolinoquinzolines and other fused heterocycles have also been synthesized by the microwave-assisted multicomponent reaction of enaminones, malonitrile and aldehydes. In this synthesis, the lactam ring is generated as a result of the reaction (Scheme-12) [87Tu, S.; Li, C.; Li, G.; Cao, L.; Shao, Q.; Zhou, D.; Jiang, B.; Zhou, J.; Xia, M. Microwave-Assisted Combinatorial Synthesis of PolysubstituentImidazo[1,2-a]quinoline, Pyrimido[1,2-a]quinoline and Quinolino[1,2-a]quinazoline Derivatives, 2007, 9(6), 1144-1148.].