Fig. (1) TRACP 5b values in the primary group. Each case number is the same as that shown in Table 1. TRACP 5b was measured immediately before the biopsy. The TRACP 5b value of case 1 increased gradually during 9 months after the curettage, implying local recurrence. However, the TRACP 5b value decreased dramatically after re-curettage. Case 3 showed a pathological fracture during curettage following bone union with no complication. Preop: before curettage. 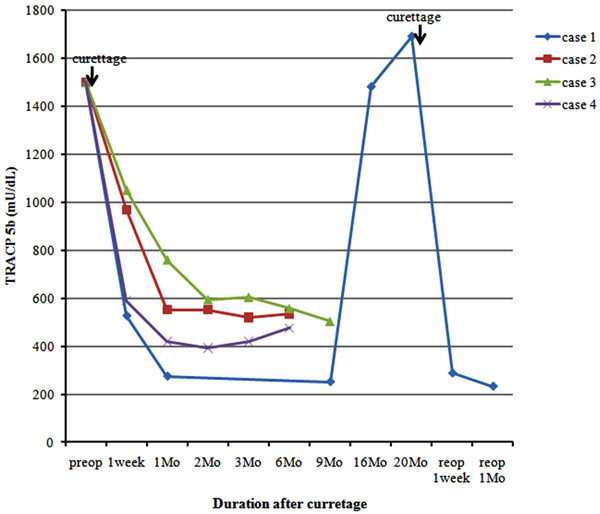