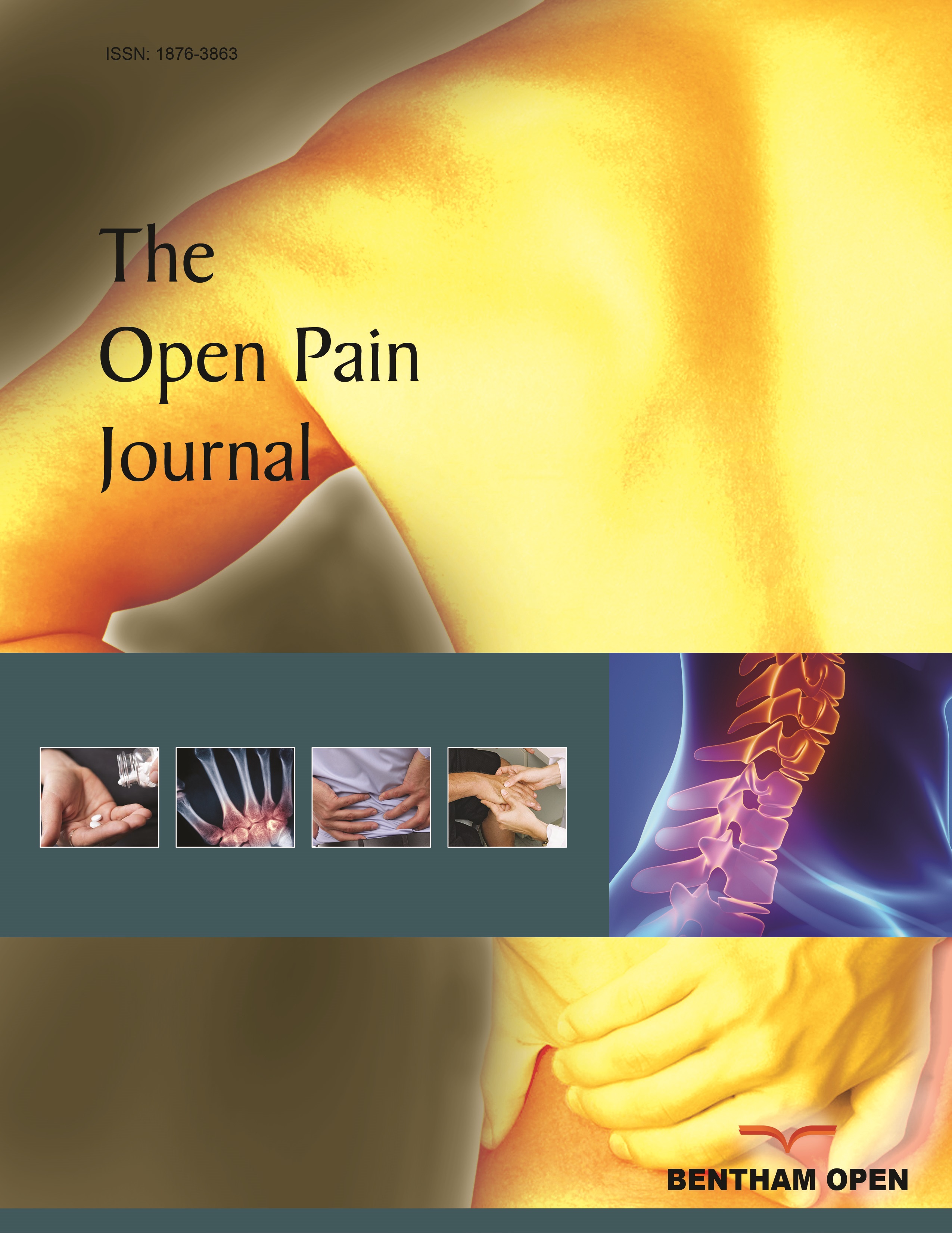 After approval from Institutional Ethical Committee, Kasturba Medical College, Mangaluru, 60 patients of age group 0-3 years, either sex of ASA physical status 1 and 2 undergoing infraumbilical surgeries were chosen after written parental consent and were randomised into 2 groups of 30 each L and LF using computer generated block randomisation to receive caudal blocks. Post operatively assessed for pain using CHIPPS scale at 2, 4, 6, 12 and 24 hours and compared in both groups.

Combination of fentanyl with levobupivacaine when compared to levobupivacaine alone for caudal block was equianalgesic in children less than 3 years undergoing infra umbilical procedures.

A double-blinded, prospective, randomized, clinical trial was conducted in a state-owned pediatric tertiary care teaching hospital, from October 2016 to June 2018 after obtaining approval from Institutional Ethics Committee dated on 18th January 2018. Sixty ASA 1 and 2 children aged less than 3 years weighing less than 15 Kg posted for infra umbilical surgeries were chosen. The study procedure was explained to the parents, who took written informed consent. Children of ASA status 3 and 4, with a history of allergy to any of the drugs used in the study, hemodynamically unstable patient, acute emergencies, surgery duration more than 90 min, and who refused to give consent were excluded.

Premedication was done with midazolam 0.02mg/kg in the pre-op holding area. On receiving the patients in the operating room, standard ASA monitors were connected. Patients of both the groups were induced with titrated doses of propofol followed by atracurium [0.5mg/kg] to facilitate intubation with appropriate sized endotracheal tubes, and were maintained on N2O and O2 50% each with 2% sevoflurane. All 60 patients were randomized into group L and group LF of 30 each via computer generated block randomization. Patients belonging to Group L received 0.25% levobupivacaine 2mg/kg and Group LF received a combination of fentanyl 1µg/kg and 0.25% levobupivacaine2 mg/kg via the caudal route. After inducing these patients, they were put in the left lateral position and under aseptic conditions, a caudal block was performed using a 22 G needle with 0.25% levobupivacaine diluted in normal saline in the L group and the other group LF received the same with fentanyl 1 µg/kg. Immediately after the caudal block, the patients were returned to the supine position for performing the surgical procedure. Skin incision was allowed strictly after 15 min of block procedure and hemodynamic variables were monitored in all patients after surgical incision followed by every 10 min till the end of the surgery. No intravenous supplementation of opioids or per-rectal analgesic suppository drugs was given to any patient perioperatively. Any patient responding to the incision with an increase in blood pressure [>10 mmHg] or heart rate [>10 beats/min], was considered as the failure of the caudal block. These patients were excluded from the study and rescue analgesia was given. Intravenous tramadol 1mg/kg or 20mg/kg paracetamol suppository was used. Those surgeries which went beyond 90 min were excluded. Postoperative pain assessment was carried out by anaesthesiologists who were unaware of the present study using Children’s and Infant’s Postoperative Pain Scale [CHIPPS] which includes 5 characteristics [8McLeod GA, Burke D. Levobupivacaine. Anaesthesia 2001; 56(4): 331-41.
[http://dx.doi.org/10.1046/j.1365-2044.2001.01964.x] [PMID: 11284819] ]. The final score was calculated by collecting every 5 individual scores [ranging from the minimum score of 0 to the maximum 10]. Postoperative analgesia was supplemented to those children whose scores were more than 4 with paracetamol suppository 20mg/kg or intravenous tramadol 1mg/kg. Following clinical parameters were recorded:

The overall demographic profile compared between the two groups L and LF was not statistically significant with a p value > 0.05.

The heart rate, mean arterial blood pressure in the pre induction, post induction period and thereafter every 10 minutes up to 90 minutes in both groups were statistically insignificant. Average p value > 0.05.

CHIPPS scale in the first two hours remained at 1 and at 2 in the subsequent four hours in the L group. In the subsequent 6, 12 and 24hours, the average CHIPPS score remained at 5, 7 and 8 respectively in the L group. 4 patients in group L exhibited a score of >4 in the first 6hours, 16 patients scored >4 at the end of 12 and 24 hours respectively in the same group. None of the patients scored <4 beyond 24hours in L group. The patients depicting scores above 4 received rescue analgesia with tramadol 1mg/kg body weight or 20 mg/kg paracetamol suppository. As per Table 2 and Fig. (2 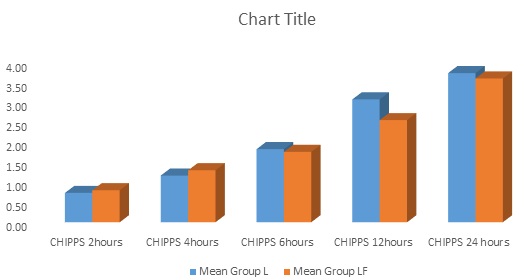 Table 3
Comparing the duration of analgesia in both groups.

A similar study conducted by Atilla et al. [20Erol A, Tavlan A, Tuncer S, Topal A, Muslim Y, Ruhiye R. Caudal anesthesia for minor subumblical pediatric surgery: A comparison of levobupivacaine alone and levobupivacaine plus sufentanil. J Clin Anesth 2008; 20(6): 442-6.
[http://dx.doi.org/10.1016/j.jclinane.2008.04.010] [PMID: 18929285] ] in 2008, where they compared caudal levobupivacaine with and without sufentanil for postoperative pain management in children concluded that there was no significant difference between the groups.

In the current study, there were no statistically significant changes in hemodynamics in terms of pulse rate and blood pressure at all intervals. The mean duration of action in group L who received levobupivacaine alone was 14.6h whereas it was 17.6h in group LF. The duration of action compared with both the groups was not statistically significant in spite of adding fentanyl due to its lipophilic property and the dose of 1μg/kg was inadequate. Moreover, our surgeries lasted not more than 90 min without warranting the need for epidural catheters for a combined continuous infusion of both the opioids and local anaesthetics. The CHIPPS score remained below 4 in both the groups in the first 6hrs and thereafter remained above 4 at 12 to 24 hours who required rescue analgesia but statistically not significant between the 2 groups. The pain scores remained below 4 in a few patients at 24 hours in both the groups but statistically insignificant.

Another significant finding in this study was we fixed our dose of levobupivacaine at 2 mg/kg in both the groups L and LF and 1µg/kg of fentanyl in group LF diluted to achieve a block up to T10. The levels might have been difficult to assess in anaesthetized children as we believed in the responses of heart rate and blood pressures to incision which would have been better supported with fluoroscopic confirmation of levels using radiopaque dye for dilution.

Although ample studies are not available in literature the main pitfalls in this project could have been improved by increasing the sample size and dose of fentanyl for better results. It is still uncertain whether the volume or concentration of local anaesthetic effects its spread and superiority of caudal analgesia when the aggregate drug dose is fixed. Low concentration and large volume of the local anaesthetic agents used may result in differential block in children because of the A-delta and C fibers, and the shorter distances between the nodes of Ranvier [18Desai DJ, Swadia VN, Gupta KK. Comparative study of two different doses of fentanyl with 0.25% bupivacaine through caudal route for paediatric anaesthesia and postoperative analgesia. J Anaesthesiol Clin Pharmacol 2008; 24(1): 31-4.].

Another limitation of this study was our post-operative follow-up ceased at 24 hours and we are not sure that simple administration of opioids as intermittent boluses or infusion would have given similar or better results.

In the current study, the addition of fentanyl as an adjuvant to a single shot caudal anaesthesia did not offer any benefits over plain levobupivacaine in terms of duration of pain relief. It can be still considered as a useful technique without any side effects in minor infra umbilical surgeries like herniotomies and orchidopexies where there is no need for continuous analgesia through epidural catheters and subsequent infusion.

The study procedure was explained to the parents, who took written informed consent.