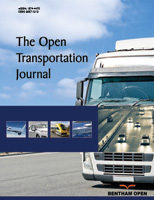 Pedestrians and vehicles are the two most important elements in designing roads and highways. However, for a long time, the designer focused on vehicle issues and did not give sufficient attention to pedestrian safety. Recently though, pedestrians have become the subject of much research and many studies. Moreover, most transportation codes include specific considerations and standards for pedestrians. One of the main pedestrian issues considered in facilities and traffic signal design is pedestrian walking speed. It is, therefore, necessary to evaluate the walking speed change patterns at crosswalks and the appropriate design walking speed for pedestrians, which can then be used to design pedestrian facilities and traffic signals.

Developing pedestrian facilities and traffic signals has been recognized as a highly important issue because pedestrians have become a key element for any transportation system.

Generally, it is recommended that the 15th percentile of pedestrian speed can be used as design speed, assuming that 85 percent of pedestrians walk faster than this. However, the mean pedestrian walking speed or crossing speed will be considered in specific cases [2M.S. Tarawneh, "Evaluation of pedestrian speed in Jordan with investigation of some contributing factors", J. Safety Res., vol. 32, pp. 229-236.
[http://dx.doi.org/10.1016/S0022-4375(01)00046-9] ].

In discussing the speed of 1.2 m/s with some longtime members of the National Committee on Uniform Traffic Control Devices (NCUTCD), it was found that the 1.2 m/s speed was introduced following research done in 1952 by James Exnicios when he was a graduate student at Yale University. In his unpublished research on pedestrians crossing streets in downtown New Haven, Connecticut, Exnicios showed that the speed frequency distribution curve had a breakpoint corresponded to a 15th percentile walking speed. Exnicios indicated that a walking speed of 1.2 m/s could be considered as a design walking speed for pedestrians [5J. LaPlante, and T. Kaeser, "A history of pedestrian signal walking speed assumptions", 3rd Urban street Symposium., Texas A & M Transportation Institute, .].

This necessitated the need to evaluate the walking speed change patterns at crosswalks in Palestine and to determine the appropriate design walking speed for pedestrians, which can then be used to design pedestrian facilities and traffic signals.

During the last three decades, several research studies have addressed the pedestrian behavior and the effect of all subject factors on the pedestrian walking speed at crosswalks.

Li et al. [7P. Li, Y. Bian, J. Rong, L. Zhao, and S. Shu, "Pedestrian crossing behavior at unsignalized mid-block crosswalks around the primary school", Procedia Soc. Behav. Sci., vol. 96, pp. 442-450.
[http://dx.doi.org/10.1016/j.sbspro.2013.08.052] ] studied the pedestrian behavior at unsignalized mid-block crosswalks in the downtown area of Beijing, China. The study analyzed the characteristics of four crossing behaviors (crossing speed, waiting time before crossing, running across the street, not looking before crossing). 579 pedestrians were observed. The results showed that pedestrians’ crossing speed on the second half of the crosswalk is systematically faster than the first half; moreover, children’s crossing behaviors are influenced by adults.

In Sri Lanka, a study by Morrall et al. [12J. Morarall, L.L. Ratnayake, and P.N. Seveviratne, "Comparison of central business district pedestrian characteristics in Canada and Sri Lanka", Transp. Res. Rec., no. 1294, pp. 52-56.] was conducted to determine the characteristics of pedestrians in the central business district. Data of walking speed, flow, and density for sidewalks of varying widths were collected. The study concluded that Asian pedestrian walking speeds for all groups are significantly lower than those observed in Calgary and Canada.

In Jordan, a study by Tarawneh et al. [2M.S. Tarawneh, "Evaluation of pedestrian speed in Jordan with investigation of some contributing factors", J. Safety Res., vol. 32, pp. 229-236.
[http://dx.doi.org/10.1016/S0022-4375(01)00046-9] ] was conducted in order to recommend pedestrian design speed values to represent pedestrians in Jordan. Data of nearly 3,500 pedestrian crossing operations were collected at 27 crosswalks in the Greater Amman Area. The study concluded that the average and 15th percentile pedestrian speeds in Jordan were 1.34 and 1.11 m/s, respectively.

3. OBJECTIVE OF THE STUDY

This study aims to:

Due to the perceived difference in the physical attributes of males and females, the gender of the pedestrians was considered in this study and the data were divided into two groups, female and male.

After collecting all data, the data were classified into specific categories according to the type of traffic control at crosswalks (signalized and unsignalized crosswalks). IBM SPSS 25 software was then used to calculate the mean and 15th percentile pedestrian crossing speeds, as these values are very important to the design of traffic signals and pedestrian facilities.

Through the stages of data collection, several limitations were faced. The first limitation was the difficulties in recognizing the age of pedestrians at crosswalks in general and at shopping areas, specifically since it was very crowded and observers could not ask pedestrians or use a questionnaire. The second limitation was collecting data for pedestrians in groups since it was very difficult to collect the data manually. In order to keep a reasonable accuracy, a wide age segmentation (interval) was used, and the pedestrians in groups were excluded.

Age was one of the most important factors that affected pedestrian crossing speed. As shown in Table 4, the highest mean and 15thpercentile speeds were found for pedestrians 13 to 29 years old, with values of 1.43 m/s and 1.14 m/s, respectively. Pedestrians 65 years and older had the lowest mean and 15th percentile speeds, with values of 1.11 m/s, 0.89 m/s, respectively.

Post hoc analysis was performed in order to find the source of the significant difference in crossing speed in age categories. Results showed that the greatest mean difference was between the categories of pedestrians 13 to 29 years old and pedestrians 65 and older, with a value of 0.32 m/s.

Table 4
Crossing speeds (m/s) summary, based on all factors.

The result of the study showed that the mean crossing speed at unsignalized crosswalks was 1.39 m/s. However, this value is slightly higher than the value that Tarawneh et al. [2M.S. Tarawneh, "Evaluation of pedestrian speed in Jordan with investigation of some contributing factors", J. Safety Res., vol. 32, pp. 229-236.
[http://dx.doi.org/10.1016/S0022-4375(01)00046-9] ] concluded in his study of pedestrian crossing speed at unsignalized crosswalks in Jordan, which was 1.34 m/s. Whereas, the result was almost equal to the result that Morrall et al. [12J. Morarall, L.L. Ratnayake, and P.N. Seveviratne, "Comparison of central business district pedestrian characteristics in Canada and Sri Lanka", Transp. Res. Rec., no. 1294, pp. 52-56.] concluded in his study for Canadian pedestrians, with a mean speed of 1.40 m/s. Furthermore, Asian countries like Singapore had a lower mean crossing speed at unsignalized crosswalks, as concluded in 1991 by Tanaboriboon et al. [11Y. Tanaboriboon, S.H. Sim, and H.C. Chin, "Pedestrian characteristics study in Singapore", J. Transp. Eng., vol. 112, no. 3, pp. 229-235.
[http://dx.doi.org/10.1061/(ASCE)0733-947X(1986)112:3(229)] ], with a value of 1.23m/s. As a result, there is a variation in the mean pedestrian walking speed at the unsignalized crosswalks among the different countries, since the physical characteristics of the pedestrians vary based on the geographical area.

The authors confirm that the data supporting the findings of this research are available within the article.