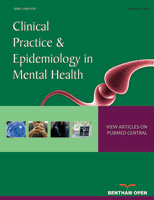 Women And Hysteria In The History Of Mental Health

2 Department of Public Health and Clinical and Molecular Medicine, University of Cagliari, Italy

Hysteria is undoubtedly the first mental disorder attributable to women, accurately described in the second millennium BC, and until Freud considered an exclusively female disease. Over 4000 years of history, this disease was considered from two perspectives: scientific and demonological. It was cured with herbs, sex or sexual abstinence, punished and purified with fire for its association with sorcery and finally, clinically studied as a disease and treated with innovative therapies. However, even at the end of 19th century, scientific innovation had still not reached some places, where the only known therapies were those proposed by Galen. During the 20th century several studies postulated the decline of hysteria amongst occidental patients (both women and men) and the escalating of this disorder in non-Western countries. The concept of hysterical neurosis is deleted with the 1980 DSM-III. The evolution of these diseases seems to be a factor linked with social “westernization”, and examining under what conditions the symptoms first became common in different societies became a priority for recent studies over risk factor.

open-access license: This is an open access article distributed under the terms of the Creative Commons Attribution License (http://creativecommons.org/licenses/by-nc/3.0/) which permits unrestricted, non-commercial use, distribution and reproduction in any medium, provided the work is properly cited.