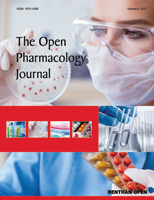 Preclinical studies on pharmacokinetics in animals usually require at least 3-5 animals per time point. The use of several animals in each time point may increase the result variation due to individual dosing errors and inter- and intraindividual variation among animals. Moreover, a large number of animals has to be euthanized in these experiments. In the present paper, the pharmacokinetics of the anticancer drug, cyclophosphamide was investigated using serial bleeding from the tail vein and compared with the kinetics obtained from traditional retro-orbital sinus bleeding in mice. Cyclophosphamide (100 mg/kg) was administered intraperitoneally to two groups of mice. Blood samples were collected at 0, 0.25, 0.5, 1, 2, 3, 4, 5 and 6 hr. In the first group (n=6), 20 µL blood samples were collected from the tail-vein by serial bleeding. In the second group, 3 animals were killed at each time point and blood was collected from both tail vein and retro-orbital sinus. Cyclophosphamide analysis in whole blood was carried out using LC-MS/MS with on-line sample preparation utilizing microextraction by packed sorbent (MEPS). Pharmacokinetics including AUC, tmax, Cmax and half – life were estimated using WinNonLin.

Cyclophosphamide concentrations in blood obtained after sampling through tail vein were close to those obtained after retro-orbital bleeding within the same animal. No significant differences in estimated pharmacokinetic parameters were found when serial tail vein bleeding was compared to retro-orbital bleeding. Our results indicate that serial sampling using tail vein in mice can be a good alternative to retro-orbital sampling method. The method is reliable, easy and can be used for early preclinical kinetic studies. However, more studies are needed to evaluate different drug categories.