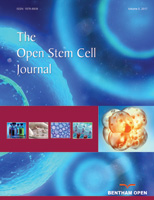 Osteosarcoma cancer stem cells (CSCs) are defined as a subpopulation of osteosarcoma cells, which have the ability of self-renewal, proliferation and differentiation. This study aimed to identify CSCs from human osteosarcoma in vitro .

The culture sphere-of the osteosarcoma cells showed three dimension round shaped colonies (sarcospheres) in slightly hypoxicand serum free condition which was not attached to the substrate with tight density. RT-PCR demonstrated that sarcospheres expressed genes which encode NANOG, Oct3/4 STAT 3, but not for CD 133. IFA showed positive protein expression of ALP, osteocalcin and CD 133 which was moderate, strong, and weak positive respectively. Sarcospheres also had a positive reaction toward alizarin red staining.

Osteosarcoma CSCs could be isolated from human osteosarcoma by sphere-forming assay technique and characterized by the expression of genes of embryonic stem cells,such as NANOG, Oct3/4, STAT3 and IFA of ALP, osteocalcin, and CD 133.