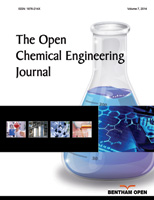 One of the most important tasks of current research and development in the food industry is the study of advanced technologies and novel environmental friendly green solvents with the view to achieve efficient separation and reaction processes. Indeed, the major innovation target in the food market is related with the development of foods for specific health benefits (functional foods). For example, large amounts of waste materials generated by processing fruits and vegetables, and more than 300 different plant species were studied and proposed in the literature as sources of valuable bioactive compounds, such as lipids, terpenoids, flavonoids, carotenoids, phenols, etc. to be used in the development of functional foods. Extraction and purification of these natural substances from the vegetal raw material is an important area of research. Furthermore, enzymatic reactions to design target bioactives is also much studied in the literature, particularly in the fat and oil production field. The efficient modeling, design and optimization of these processes demand understanding of the phase behavior of the particular systems involved. This information is invaluable for the engineers and guides their efforts towards determining the process parameters that will ensure the maximal yield and the best selectivity.

It should be noted, however, that many of those bioactive molecules have been scarcely studied yet. Thus, experimental measurement and thermodynamic modeling of pure components properties and phase equilibria behavior are necessary in order to create a solid base to design novel methodologies.

Angelov et al. address the recovery of resveratrol, a polyphenol compound with increasing use in functional foods, from a by-product of vine pruning. After a simple ethanol-water extraction, the liquid extracts are further separated by removing the ethanol. Thus, phase equilibrium is shifted towards low solubility of resveratrol. In this way, the precipitated material is almost ten times more concentrated in trans-resveratrol than the initial total extract. Additionally, the remaining liquid phase contains the water-soluble polyphenols, which could be used for water-based pharmaceutical and cosmetic preparations.

In their contribution, Lima et al. report the experimental data and the thermodynamic modeling of liquid-liquid equilibria (LLE) for olive oil triacylglycerol, free fatty acid, ethanol and water systems, comprising results for ternary and quaternary systems at (298.2 and 328.2) K. The authors apply successfully the UNIQUAC equation to model the LLE of the systems studied where the binary interaction parameters were obtained via Particle Swarm Optimization. The results are relevant for process development, phase separation and optimization related to diacylglycerol-enrichment oil processes.

Supercritical fluid technology is a green alternative to conventional separation methods and is widely used for the production of high added value substances of interest to the food industry. The process system engineering of supercritical fluid technologies requires appropriate thermodynamic models for predicting the phase behavior and correlating the solubility of solutes in the high pressure solvent. Along that lines, Dwi and co-workers in their contribution present experimental and modeling data for the solubility of acetophenone, an important precursor to resins and fragrances, in supercritical carbon dioxide (scCO2) at temperatures ranging from (313.15 to 343.15) K and pressures from (10 to 28) MPa. The authors apply semi-empirical density-based models and the Peng-Robinson equation of state (EoS) with different mixing rules to correlate the solubility of acetophenone in scCO2 and the results obtained demonstrate a good agreement with the experimentally measured data.

Coelho and colleagues also study the capabilities, performance and limitations of a representative of cubic EoSs, namely the Soave-Redlich-Kwong CEoS, and seven semi-empirical density-based models in correlating solid solubiltes in scCO2. As illustrative examples they have chosen four compounds, with increasing structural complexity, of interest to the food industry, namely 2-propenamide (acrylamide), bixin, beta-carotene and C-tetramethylcalix[4]resorcinarene. The authors conclude that though more complex in nature and application demanding, CEoSs can be used to predict the solubility of any compound for which there are not sufficient experimental (or not at all) data available, while the availability of enough data is an absolute prerequisite for the application of the semi-empirical density based models.

Ionic liquids (ILs), often referred to as “solvents of the future”, are used nowadays not only as alternative green reaction media but have also significant role in controlling the reaction itself as solvents and catalysts. In their contribution, Manic and Najdanovic-Visak examine various ionic liquids as a co-solvent for components involved in biodiesel production and report extensive experimental data on the mutual solubility of binary and ternary mixtures containing ionic liquid, soybean oil and methanol in the range of (298 to 343) K. The results obtained suggest that imidazolium based ionic liquids exhibit lower solubility in soybean oil than ionic liquids with the aliquat cation, and hence the latter are good candidates to be used as co-solvents for biphasic (methanol + soybean oil) mixture.

In their study, Villanueva-Bermejo et al. report for the first time experimental data on the solubility of ferulic acid in ethyl lactate + water mixtures at 298 K and atmospheric pressure as a function of the ethyl lactate:water ratio (from 0:100 to 100:0 mass %). Their results show that the solubility pattern of ferulic acid is similar to that reported for caffeine – e.g. the addition of water to the ethyl lactate solvent can substantially increase its solubility with a distinctive maximum observed. UNIQUAC and modified UNIFAC models were applied to represent the solubility of ferulic acid and caffeine in the mixed solvents, and it was demonstrated that the UNIQUAC model offers an excellent correlation of the experimental data for both systems, while the UNIFAC model results for caffeine should be considered just qualitative.

The last contribution of our Thematic Issue offers an extensive analysis of the performance of Flower Pollination Algorithms (FPA) and a modified version (MFPA) to liquid-liquid-equilibria calculations. Merzougui et al. use these global optimization approaches to perform the parameter identification of UNIQUAC and NRTL models applied to ternary and quaternary systems relevant to food products mixtures. The numerical performance of these stochastic methods was analyzed for different scenarios, and the results showed that MFPA outperformed FPA and other metaheuristics (e.g., Simulated Annealing, Genetic Algorithm and Harmony Search) for LLE parameter identification in local compositions models. MFPA with closure equations is a reliable approach for determining the best interaction parameter of NRTL and UNIQUAC models in the LLE data processing of food-related thermodynamic systems. The authors also show that UNIQUAC offers a better performance than the NRTL model for LLE modeling of the food product mixtures tested.

The Guest Editors would like to acknowledge with gratitude the efforts and professional attitude of our colleagues from around the world whose outstanding contributions made this Thematic Issue a reality. Thank you all - it was a pleasure and a privilege to work with you.

Finally, thanks are due to the contributions’ reviewers for their expertise, time and efforts which helped us immensely in finalizing the Thematic Issue.