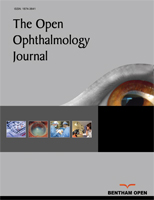 Myopia is one of the most prevalent vision conditions caused by a mismatch between the refractive power and axial length of the eyeball. High myopia may have a degenerative disorder, including cornea, sclera, choroid, optic disc, vitreous, macula, and peripheral retina. Although there are few studies regarding clinical features of pathological myopia, especially in the far-eastern countries where myopia is common, but are no comprehensive data in our region. This study was aimed to demonstrate both anterior and posterior ocular segment manifestations of pathological myopia.

Although there are few studies regarding clinical features of pathological myopia, especially in the far-eastern countries where myopia is common, but there are no comprehensive data in our region. Therefore, we aimed to demonstrate anterior and posterior ocular segment manifestations in pathological myopic eyes.

This prospective study included patients who met the pathological myopia criteria (refractive error > -6.0 D and AL > 26 mm) admitted to the Ophthalmology Clinic of Bozyaka Training and Research Hospital between January 2017 and June 2017. The study protocol was conducted following the principles of the Declaration of Helsinki and approved by the local ethics committee. An informed consent form was obtained from all included patients.

Statistical analysis was performed using SPSS Version 21.0 statistic software package (SPSS Inc., Chicago, IL). The Kolmogorov-Smirnov test determined normalization for each continuous variable. Data were expressed as means ± Standard Deviation (SD). Comparisons between groups were performed with analysis of the parametric test. A chi-square test was used to compare categorical data. An independent t-test was used for intergroup comparisons for standard distributed continuous variables. One way ANOVA test was used to compare clinical results between the three groups. Correlations between variables were determined using the Pearson correlation coefficient. A value of p <0.05 was considered statistically significant.

Table 1
Comparison of the pseudophakic and phakic eyes for anterior segment parameters.

Table 4
Relationship between axial length and presence of myopic maculopathy, plus lesion, and peripheral lesion (n = 140).

In pathologic myopia, which is referred to earlier as malignant or degenerative myopia; the glob progressively extends in the anterior-posterior direction. Secondary changes can occur in the glob due to the mechanical stretching of the eye structures. As a result of these changes, the patients may encounter with visual problems. In this study, we aimed to demonstrate both anterior and posterior ocular segment manifestations at the same time.

The corneal endothelium is a cell layer that cannot renew itself, has metabolic activity and protects corneal transparency and has a hexagonal structure. The density and morphology of these cells can be assessed by specular microscopy. Some researchers examined changes in this cell layer associated with pathological myopia. Delshad et al. [5Delshad S, Chun JM. Corneal endothelial cell density and morphology in low and moderate myopic Chinese eyes. Int J Ophthalmol 2013; 6(4): 467-70.
[PMID: 23991380] ] reported that there was a significant decrease in ECD and hexagonal structure in high myopic eyes. Similar results were also found by Urban et al. [6Urban B, Bakunowicz-Łazarczyk A, Kretowska M. Corneal endothelium in children and adolescents with myopia. Klin Oczna 2002; 104(5-6): 381-3.
[PMID: 12664486] ] and Chang et al. [7Chang SW, Tsai IL, Hu FR, Lin LL, Shih YF. The cornea in young myopic adults. Br J Ophthalmol 2001; 85(8): 916-20.
[http://dx.doi.org/10.1136/bjo.85.8.916] [PMID: 11466244] ]. However, we did not find any association between AL and ECD.

Macular degeneration in patients with pathological myopia typically progresses slowly over the years, but the loss of visual acuity may begin earlier than expected. Pathological myopia is the second common cause of secondary CNV. It is usually seen in adult patients younger than 50 years and consists of approximately 62% of CNV cases caused by pathological myopia [22Cohen SY, Laroche A, Leguen Y, Soubrane G, Coscas GJ. Etiology of choroidal neovascularization in young patients. Ophthalmology 1996; 103(8): 1241-4.
[http://dx.doi.org/10.1016/S0161-6420(96)30515-0] [PMID: 8764794] ]. Myopic CNV usually appears small circular and grayish color and settles near the macula or optic disc. More than 70% of these lesions are classical type and 65% are subfoveal. However, occult type and pigment epithelial detachment are rarely seen [23Blinder KJ, Blumenkranz MS, Bressler NM. Photodynamic therapy of subfoveal choroidal neovascularization in pathologic myopia with verteporfin. 1-year results of a randomized clinical trial--VIP report no. 1. Ophthalmology 2001; 108(5): 841-52.
[http://dx.doi.org/10.1016/S0161-6420(01)00544-9] [PMID: 11320011] ]. Fundus fluorescein angiography (FFA) and OCT are complementary ancillary tests in both diagnosis and classification. OCT demonstrates the presence of subretinal fluid in the active phase.

Prevention of the onset of myopia or the progression of low myopia to high myopia is of extreme importance to prevent the ocular complications of myopia. Early detection and treatment of possible ocular complications associated with high myopia are crucial to reducing morbidity. Therefore, patients should be informed in detail about complications associated with high myopia. In addition, the ophthalmologist can advise that patients with high myopia can check their own visual acuity and visual field with the same target in the same distance, and wear protective glasses during the sports. An ophthalmologist may also facilitate the screening with the regular control of intraocular pressure, central and peripheral retina and optic nerve. Furthermore, detailed fundus examination before cataract or refractive surgery is of great importance in these patients. Treatment of risky lesions before surgery may prevent postoperative complications and legally protect the physician.

This study has several limitations. First, our study design was cross-sectional and we could only present our observations. However, we could not document the progression of the lesions. Second, our study had limited statistical power to detect small differences due to the relatively small sample size. Third, we did not include the control group in the study. Therefore, we could not compare the parameters such as AL, CCT, ECD, ACD, and CMT between myopic eyes and non-myopic eyes. Fourth, the calculation of average SFCT was carried out manually due to the lack of automatic software. The objective automated measurements were better to yield convincing results and conclusions. However, we were measured the SFCT by two independently two blinded clinicians to remove the bias. Finally, the adult-based design may not be truly representative of the entire population.

In conclusion, our study clearly shows that pathological myopia may affect both anterior and posterior ocular segments. However, posterior ocular segment changes are the most important cause of vision loss in high myopic patients. Therefore, patients should be informed about the potential risks associated with myopia. In addition, periodic follow-up is essential for both the early diagnosis and treatment of possible asymptomatic ocular findings. This Turkish community-based study has reported the clinical characteristics of patients with pathological myopia and compared with the previous studies. We consider that the data may be useful in assessing the global or local status of pathological myopia.

The ethics committee of the Center of Ophthalmology approved the study.

An informed written consent was obtained from all the patients when they were enrolled.